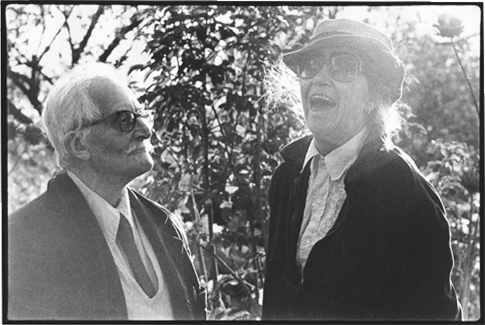 In his memorial essay on William Arrowsmith and John Jay Chapman (Arion, Third Series 2.2 & 3, p.19) Christopher Ricks pays tribute to those who possess “a vocation for heroism”. He would no doubt wish to place William Empson in this elect company; and he would be right. There is one reference to me in Empson’s Selected Letters (Oxford 2006), in a letter of 1978, to Ricks: “I think it is lucky for him that the world is so dismal just now; he could not have made poetry out of anything else” (p.654).

The comment is entirely fair; but it could fairly be applied to just about every serious-minded writer of the Twentieth Century, including himself. I cite as evidence the title of his second collection of poetry, The Gathering Storm (1940).

The Structure of Complex Words (1951) is a magnificently intelligent book which exerted a powerful influence on the basics of my own critical method.

I was in his company on no more than a half dozen occasions, one of them in the famous Sheffield den, a tête-à-tête where it soon became evident that I could not operate at his pitch of discourse. He kept his impatience in check very civilly, but I knew that I had been found wanting.

His charity on that occasion, seen in the context of his habitual argumentativeness, seems in retrospect all the more remarkable. I am inclined to read it as an instance of his High Tory graciousness not wishing to embarrass the gamekeeper’s son.

I liked the High Tory Empson very much. In his more frequent appearances as the chattering Radical Whig he could be tiresome.

He showed great magnanimity late in life by allowing his old Cambridge college, which had dealt brutishly with him in youth, to elect him into an Honorary Fellowship.